“Revenge is a dish best served cold.”  Funny statement for an act that is fuelled completely by hate.  There is nothing cold about it and gets you nowhere good.

When you’ve matured as an individual you recognize that hissy fits are not the way to go.  Even if you can barely be still from the anger, you just breathe and try to remain silent.  This is the smart choice because your words grant them power to use against you and especially in North America you can’t be weak.  There’s also the issue of professionalism.  This practice attempts to compartmentalize your life into separate spheres.  I’m not suggesting that they’re mutually exclusive, especially when you’re a woman, but it’s sometimes beneficial to prevent them from bleeding into one another.  Your professional and personal life, for many of us are not the same thing.  Being professional means that you try your best to show up.

I recently worked for a professor whom I admire in so many ways and detest in others.  She’s a firecracker, speaks her mind and is obviously intelligent.  Now there were moments this summer when I did not communicate enough with her and she articulated her disappointment.  This is well within her rights as a course director.  Constructive criticism is an integral part of life and the workplace.  We continually need to improve and I’ve learnt to prevent this misstep next time.  I am better and that’s so valuable.  Now, what I did was nothing too egregious, just needed to send her some more emails.

It’s not the message I have a problem with, it’s the method.  After my sincere apology, she does not let me explain the context of my actions but rather cut off the discussion because she “doesn’t want to fight about it.”  Excuse me?  Are we sixteen here?  Also, rather than address the issue when it actually occurred she waited till the last day of class.  With all of her concerns with my level of professionalism, apparently hers are not placed under the same exacting standards.  This did not sit well with me, especially when she accused me of one act I did not commit.  For someone who speaks about such lofty ideals like women’s rights and multiple perspectives she certainly does not walk the walk.  What a complete hypocrite.  She may be smart but she is not nice.

I’ve thought of speaking to her superiors but my position is limited because I did make some errors.  It’s also not worth my time to take on a 50 year old adjunct professor.  What am I going to do?  Ask them to make her nicer?  I’m not deluded to thinking that all individuals were raised to practice courtesy.  This is not the first instance of her erratic behaviour.  The sarcasm and tone with which she addresses students is explicit and vast.  It’s clear that she uses her position as a professor to subordinate and infantalize them and in front of a lecture hall of 125 people nonetheless.  We are not her children and it’s not within her rights to make us feel small.  Her evaluations will reflect this conduct so why would I lodge one complaint when there will be several.  There are always consequences to your actions.  She will be served but not by me.

In spite of this one instance this was the best teaching experience I had in grad school.  The students were so engaged, hardworking and kind.  I will always remember them.

But I choose so speak up here, in my personal sphere.  I only have one thing left to say to the Dr., whom with all luck I will never have to see again: stay classy. 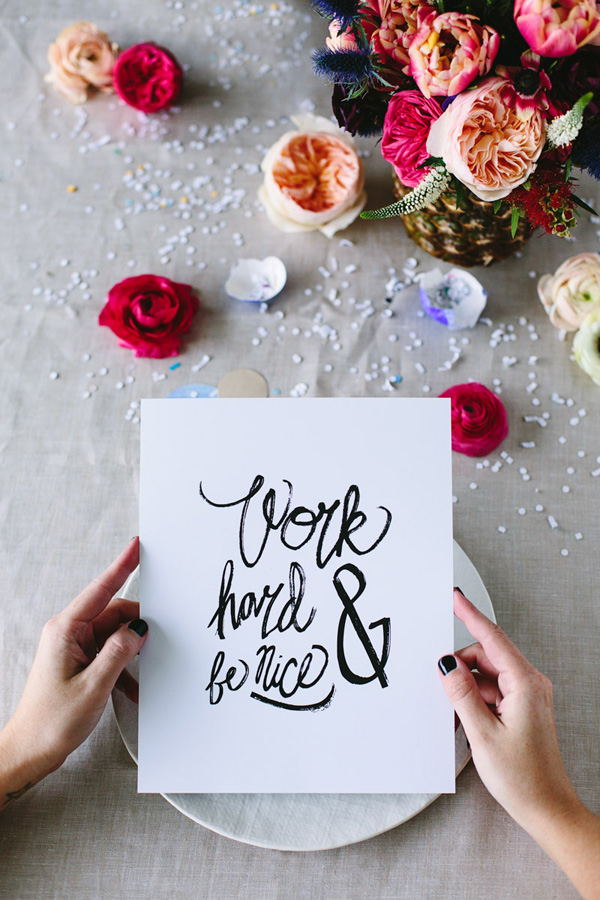